Miroslav Šumnik was born in Zavodnje near Šoštanj (1951). In 1983 he went seriously into art of painting. In Velenje, he took a course on constructive drawing and portraying run by Jože Muhovič, Doctor of Fine Arts. In 1986 he got the permission from Obalna Galerija Piran to make portraits in Portorož. The same year he visited New York and after that he travelled a lot around the world to visit the galleries and study the art. In 1988 he painted in Paris and the next year in Moscow. He also visited Greece, Hungary, the Czech Republic, Germany and Switzerland. In 1997 he went to Amsterdam for the first time, where he revived his painting and it is in Amsterdam that he always likes to return. Since 1983 he has participated in several group meetings of painters and exhibitions. He lives and paints in Golnik , Trstenik 6. 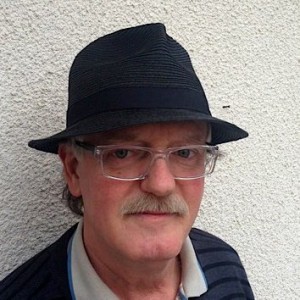